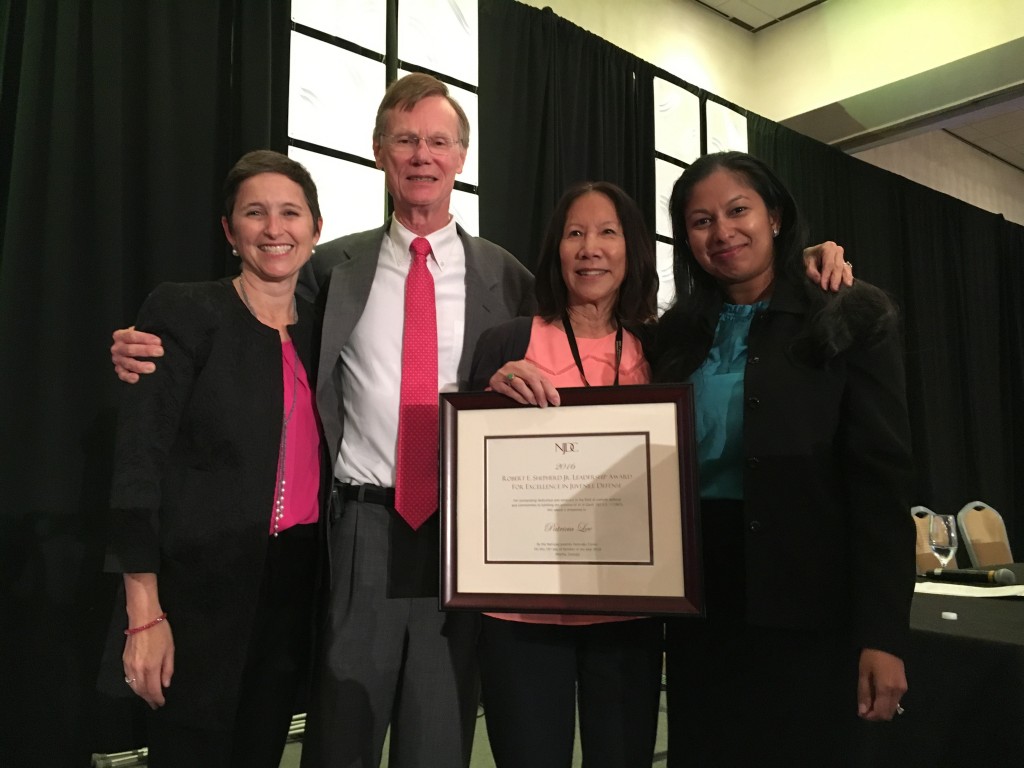 The national award honors excellence in juvenile defense. Shepherd was a leader in legal advocacy on behalf of children and families. Lee, who manages the San Francisco Public Defender’s Juvenile Unit, was awarded the honor Oct. 28 at the National Juvenile Defender Leadership Summit in Atlanta.

“Patti Lee’s tireless advocacy over the past 30 years has changed the lives of countless children and youth,” said San Francisco Public Defender Jeff Adachi. “When she was hired in 1981, San Francisco had one of the highest rates of sending youth to state lockups. We now have the lowest rate of any county in California.”

Lee’s pioneering strategies have included the use of social workers and educational attorneys. She is also a reformer shaping policy on a state and national level, serving as co-director of the Pacific Juvenile Defender Center and a founding member of the Center for Young Women’s Development.

Lee said she was grateful to the National Juvenile Defender Center.

“I am incredibly honored. Just as meaningful as the award is the recognition and support from the warriors and heroes in the juvenile defense community,” she said.  “I share this honor with my colleagues in the San Francisco Public Defender’s Office, the Pacific Juvenile Defender Center, the National Juvenile Defender Center, and juvenile defenders around the nation who fight the daily battle to ensure fairness and justice for our most vulnerable and underserved youth and families.”