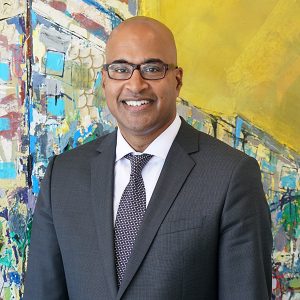 A son of immigrants from India, his pursuit of justice is rooted in his acute awareness of the ramifications of social inequalities. Despite coming from a farming village, his parents managed to emigrate to America, where they raised Mano on the East Coast.

Mano completed his undergraduate degree at Columbia University, and holds a Master’s degree in South Asian Studies from U.C. Berkeley, where he also earned his law degree. He worked as a Deputy Public Defender in Contra Costa County for seven years before he was recruited by Jeff Adachi to join the SF Public Defender’s Felony Unit in 2008. Due to his impressive practice as a felony line attorney, he was promoted by Jeff Adachi to be the Director of Training and then Manager of the Felony Unit.

Mano is deeply committed to a client and community-centered approach to defense work. “Our impact is not measured in numbers, but in the people we represent,” he said. “It’s by the mother who can return home to her family. The son who can continue to work to support his family. And to the children of those we defend, who benefit from having an equal opportunity to survive and who might one day use that opportunity to lead.”

The personal interest he takes in his clients’ lives helps fuel him not only to fiercely litigate and win cases, but also to raise his voice against the inequities he and his clients encounter in the criminal legal system.

As the only elected Public Defender in California and an elected member of the San Francisco Democratic County Central Committee, Mano continues to uphold the Office’s reputation not only as a formidable group of lawyers, paralegals, social workers, investigators and support staff, but also as a catalyst for criminal legal system change in  local and state-wide arenas.

Before rejoining our Office as Chief Attorney in 2011, Matt served as Deputy Public Defender from 1991 to 2001, where he established himself as a skilled trial lawyer, trying many cases including serious felonies, three-strike cases, and life-in-prison matters. From 2001-2005, Matt served a term as an elected member of the San Francisco Board of Supervisors. During his tenure he led the campaign for a ballot measure that created the highest minimum wage in the country. From 2005-2011, Matt was a partner in the seven-member law firm of Gonzalez & Leigh LLP, where he tried criminal and civil matters, and argued civil and criminal appeals, in both the state and federal courts. Notably, in 2009, he won the first punitive damages verdict in a federal civil rights case against an elected district attorney (Solano County) in California’s history.

In 2017, Matt was the lead attorney on a team that represented Jose Ines Garcia Zarate, an undocumented immigrant falsely accused of deliberately shooting a young woman on a San Francisco pier. Mr. Zarate was acquitted of all murder-related charges and Matt was subsequently honored with Defender of the Year, along with his co-counsel, Francisco Ugarte, by the California Public Defenders Association.

In 2019, Matt was part of the team that successfully represented Public Defender Mano Raju (then-felony manager) against court-imposed sanctions in the case People vs. Landers. The Court of Appeal decision led to the articulation of important defense discovery rights.

The McAllen, Texas native received his Bachelor of Arts from Columbia University and his Juris Doctor from Stanford Law School. He is the recipient of numerous awards, including Lawyer of the Year from the San Francisco La Raza Lawyers Association, the In Defense of Animals Guardian Award, and the Premio Bert Corona from California’s Mexican American Political Association. Matt’s Raven Lecture on Access to Justice, at U.C. Berkeley Law School, was published in the Berkeley La Raza Law Journal in 2005. 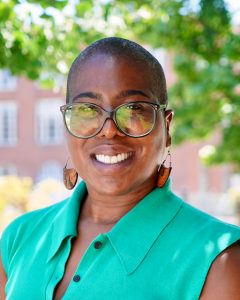 Lyslynn Lacoste serves as the Office’s Chief of Staff, which includes creating and administering an inclusive workplace culture and environment, leading the implementation of the Office’s racial equity and strategic plans across all units, and engaging the community in the Public Defender’s  transformative justice initiatives.

She is a first-generation American, whose family is originally from Haiti. For 25 years, she has diligently served youth through engaging in leadership development, mentoring and advocating for juvenile justice reform. Born and raised in Boston, Lyslynn began her career in youth development while working closely with local Boston community centers through Boston Centers for Youth and Families and Boys and Girls Clubs, After witnessing too many Black and brown young people enter the revolving door of the juvenile justice system, she ventured into Suffolk University Law School to focus on juvenile justice reform and prevention. There, Lyslynn honed her skills through meaningful internships at Suffolk University’s  Juvenile Justice Clinic and New York’s Legal Aid Society Criminal Defense Practice and Juvenile Rights Practice, eventually gaining her attorney license in New York.

As the Executive Director of SF Public Defender Office’s BMAGIC program for over 10 years serving the disproportionately system-impacted community of Bayview Hunters Point. Lyslynn brings her experience supporting a collaborative network of more than 75 community-based organizations, schools, faith-based organizations, and city departments. Additionally, she brings her experience developing and implementing initiatives and programs that advance the education, health, and economic mobility for disadvantaged children, youth and their families. Under her leadership, BMAGIC has been recognized by various community awards including Community Boards Leadership Peacemaker Award and cultivated over $1.5 million worth of funding and resources to the Bayview community. Lyslynn was nominated in 2012 & 2018 by the late Public Defender Jeff Adachi for the City’s Public Managerial Excellence Award, and developed and implemented 3 research and strategic reports (i.e., BMAGIC’s Landscape Analysis 2013, 2017, 2021). 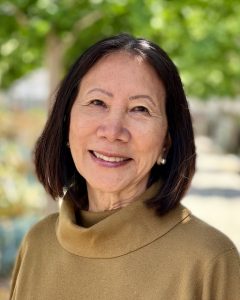 Patricia “Patti” Lee leads our Defend division, which includes the Office’s core work in representing individual clients in adult, juvenile, immigration, post-conviction, and mental health cases.  Patti is a native San Franciscan. She attended San Francisco public schools at Lafayette Elementary School, Presidio Middle School, where she was the second girl president of the school, and Washington High School.  She received her B.A. at U.C. Berkeley and her JD at Lincoln Law School.

Patti has been a powerful force in juvenile justice reform for over forty years. A tireless advocate for the fair and humane treatment of youth, Patti began representing young clients in 1981 and served as the Managing Attorney of our Youth Defender Unit, formerly our Juvenile Unit, for over  30 years, promoting and implementing innovative strategies to reduce juvenile incarceration. Patti changed the course of juvenile defense and under her leadership nearly eliminated state institutional commitments from San Francisco by developing and promoting the use of social work services and defense-based disposition reports to argue against correctional institutional commitments. Patti was also appointed to President Obama’s Science Advisory Board on Juvenile and Criminal Justice in 2017.

In recent years, Patti’s relentless leadership and advocacy were integral to the closure San Francisco’s Juvenile Hall.  The Board of Supervisors voted 10-1 in favor of ending the long-time practice of detaining youth in cells, making San Francisco the first major city in the country to shut down a juvenile hall in an effort to eliminate the jailing of children.

Patti has been a regional and national leader, serving as Co-Director of the Pacific Juvenile Defender Center, and on the Family and Law Advisory Committee of the Judicial Council, the Center for Families, Children and the Courts, and the John D. and Catherine T. MacArthur Research Network on Adolescent Development and Juvenile Justice.  Patti is an active board member of the Center for Juvenile and Criminal Justice and of the East Bay Children’s Law Offices.  For the past 8 years, Patti has performed a leadership role in organizing and facilitating quarterly meetings of California’s leading juvenile justice advocacy groups, which have resulted in the major policy initiatives that have substantially reduced California’s youth incarceration rate. 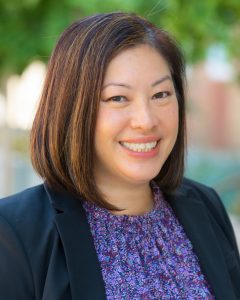 Angela Chan oversees our Confront team, which confronts state violence and advocates for community empowerment. The team collaborates with community partners to lead campaigns to pass local and state policies that dismantle the carceral system, and invest public resources in support services and opportunities for our system-impacted clients and other vulnerable communities. The Confront team also uncovers and tracks misconduct by law enforcement and engages in strategic communications to challenge state-sponsored violence and demand change.

Before joining the Public Defender’s Office, Angela was the Policy Director and a Senior Staff Attorney at Advancing Justice – Asian Law Caucus (“ALC”), where she worked for over 15 years. She joined the ALC as a Soros Justice Fellow in 2006 and launched and managed the first Criminal Justice Reform Program at an Asian and Pacific Islander civil rights organization in the country. At the ALC, Angela collaborated with the Public Defender’s Office and represented limited English proficient families with youth detained in San Francisco’s juvenile hall to advocate for their release and for culturally competent and language-accessible services.

In 2008, Angela co-founded FREESF, a local immigrant rights coalition, and led campaigns to pass three ordinances that strengthened San Francisco’s Sanctuary Ordinance by ending the transfer of youth and adults by local law enforcement to Immigration and Customs Enforcement (“ICE”). She also co-founded the ICE out of CA statewide coalition to pass the TRUST Act, TRUTH Act, and CA Values Act to protect thousands of immigrants from being turned over to ICE by local law enforcement across the state every year. Angela also drafted and led the passage of the Pardon and Commutation Reform Act of 2018 to increase the accessibility and transparency of the state clemency process.

Angela was named a Local Hero by the San Francisco Bay Guardian, honored with a Monarch Award by the Pacific Asian American Women Bay Area Coalition, selected for a 40 Under 40 Leadership Award from the New Leaders Council, and named a Best Under 40 attorney by the National Asian Pacific Bar Association.

Angela received her B.A. from Occidental College and her J.D from Harvard Law School. 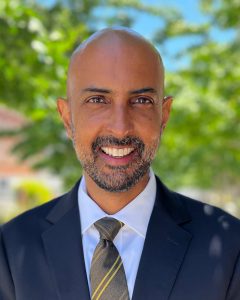 Hadi Razzaq leads our Operations division, which ensures that our Office functions as efficiently and effectively as possible, and in a manner that is connected across our various units and functions.

Hadi started his legal career as a civil litigator, and then served as a deputy public defender in Contra Costa and Marin Counties before joining our Office in 2006, where he has worked on the front lines in the misdemeanor, felony, and specialty court units.  He has tried more than 45 jury trials, including successful efforts in some of the most challenging “life” cases in the history of our Office.  In 2018, the late Public Defender Jeff Adachi promoted Hadi to be the Manager of our Investigation Unit.  More recently, Hadi also supervised our Paralegal, Reentry, and Pre-Trial Release Units, and advanced our attorneys, investigators, paralegals, and social workers working collaboratively in advocacy teams to represent our clients at the highest level.

Hadi was integral in conceiving of and launching the Adachi Project, the Public Defender’s documentary film and storytelling initiative aimed at elevating the voices of our Office’s clients, families, and communities while honoring Jeff Adachi’s trailblazing legacy as both a filmmaker and the Public Defender.

Hadi was born in Lahore, Pakistan and grew up in an immigrant family in St. Louis, Missouri.  He earned his B.A. at Emory University, and obtained his J.D. from the University of California, Berkeley School of Law.  Hadi has served as the Co-Chair of the Civil Rights Committee of the South Asian Bar Association of Northern California and as a board member of the Coalition on Homelessness, and recently represented our Office on the Bar Association of San Francisco’s Criminal Justice Task Force.