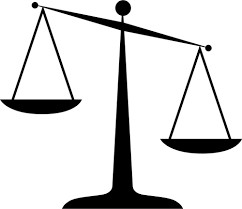 SAN FRANCISCO – On Friday, November 15, 2019, a jury found Carlos Gordon not guilty on all counts of assault with a deadly weapon, making criminal threats, and a misdemeanor assault. The jury agreed with the defense that Mr. Gordon’s act of tossing a few decorative pebbles in the direction of a construction worker was not a crime, but rather no more than a nuisance.

Mr. Gordon has been in San Francisco county jail since April when prosecutors charged him with premeditated attempted murder, a charge that could have carried a life sentence if convicted.

The defense filed a motion arguing that the D.A. had given misleading statements to the judge at the initial preliminary hearing. A second judge reviewed the defense’s motion and threw out the attempted murder charge, but Mr. Gordon remained in custody.

After the adverse ruling, Deputy District Attorney Tom Ostly decided to dismiss and refile the case charging Mr. Gordon with attempted murder again along with three other counts of assault with a deadly weapon. The charge of attempted murder was again dismissed for lack of evidence. The case eventually went to trial, with Mr. Gordon facing eight felony charges.

In a clear example of overcharging, the prosecution had charged six felony counts of assault likely to cause great bodily injury; one for each pebble.

Judge Bruce Chan presided over the trial, and dismissed several counts due to lack of evidence. The jury decided that Mr. Gordon was not guilty on the two remaining felony charges and a misdemeanor. If Mr. Gordon had been convicted on all of those charges, it would have carried a sentence of nearly fifteen years in prison.

In the end, the jury found Mr. Gordon not guilty on all counts, and he finally walked free after spending almost eight months in custody in San Francisco county jail.

“The D.A. wanted a life sentence for attempted murder, but the jury didn’t even concede a simple assault,” said Deputy Public Defender Martina Avalos. “Thankfully, judges and jurors ensured that Mr. Gordon’s freedom was not stolen as a result of egregious overcharging.”