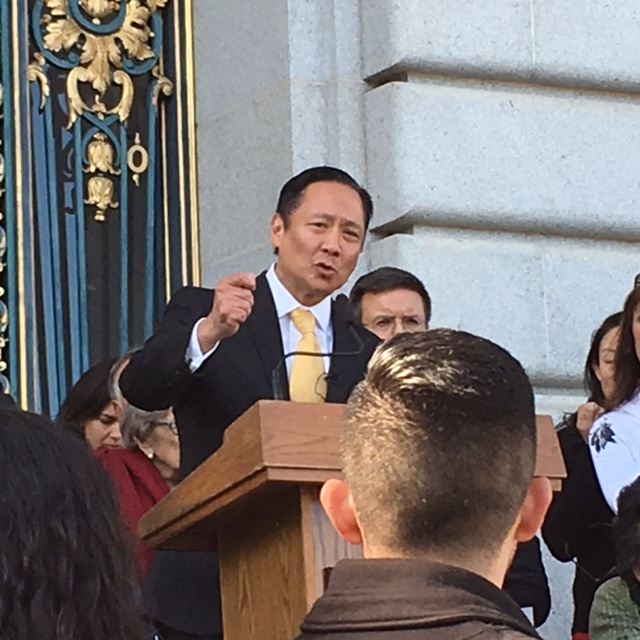 San Francisco Public Defender Jeff Adachi released the following statement today, which was read at the San Francisco Board of Supervisor’s Budget and Finance Committee by Francisco Ugarte, public defender immigration specialist. Supervisors are considering a $1.5 million budget supplemental for immigration-related legal services, which does not include funding deportation defense through the Public Defender’s Office.

“Across the nation, cities are preparing for the Trump administration’s immigration policies which will immediately affect tens of thousands of people including some of the 40,000 undocumented immigrants in San Francisco. I believe the most important step we can take is to provide legal representation to all immigrants facing deportation who are in custody.

We believe that San Francisco should follow the example of New York and New Jersey, which, through their public defender agencies, provide legal representation to all people in custody facing removal or deportation. This is the only humane position for us to take as a Sanctuary City and a city that stands for due process and fairness for all. We look forward to working with the Board of Supervisors and the Mayor to ensure that we are able to provide this basic right to immigrants in these challenging times.”