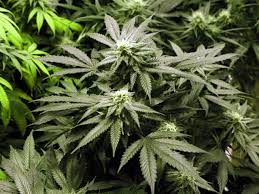 San Francisco, CA— A good Samaritan who offered a pinch of marijuana to soothe a stressed out stranger only to have his compassion repaid with felony charges was acquitted following a jury trial, San Francisco Public Defender Jeff Adachi announced today.

After three hours of deliberation, a jury on Wednesday found Stetson Qualls Jones, 24, not guilty of possession of marijuana for sale and sale of marijuana. If convicted, Qualls Jones faced up to three years in state prison, said his attorney, Deputy Public Defender Ariel Boyce-Smith.

Qualls Jones’ ordeal began Feb. 5 while hanging out with friends in the “Hippy Hill” area of Golden Gate Park. The group was socializing and smoking marijuana when Qualls Jones thought he recognized a man approaching the group and waved him over. Upon closer inspection, Qualls Jones realized the man was a stranger, but welcomed him regardless. When Qualls Jones invited him to smoke with the group, the man declined, asking instead if he could buy marijuana.

Qualls Jones testified that he told the man that he did not sell marijuana. The man appeared agitated and stressed out, so Qualls Jones reached into his personal stash, pinched off a small amount of marijuana, and handed it to the man, who turned out to be a police decoy.

Qualls Jones, who lives a communal lifestyle and frowns upon capitalism, testified that he refused the $20 the man offered him in exchange for the marijuana.

After the interaction, Qualls Jones was swarmed by five to six police officers, who were conducting a sting operation. Police found a bag of less than 1 ounce of marijuana in his jacket pocket. Police testified they found the $20 under a blanket where Qualls Jones was sitting.

Qualls Jones spent four days in jail before being released by a judge.

During the trial, Qualls Jones testified that he considers marijuana to be medicine and feels it should be freely shared instead of bought and sold.

Under questioning from Boyce-Smith, two police officers admitted they were receiving overtime pay in exchange for the buy-bust operation. One of the officers also acknowledged on the stand that his department receives federal grants for the stings.

“Despite conducting a well-funded operation, police did not bother to gather any corroborating evidence. There wasn’t a single photograph taken or a single witness interviewed, despite the fact that Mr. Qualls Jones was sitting with six other people in a public park,” Boyce-Smith said.

Throughout the trial, Boyce-Smith repeated a rhyme that captured the frailty of the case: “He didn’t accept a dime/they made up this crime/while they were getting paid overtime.”

In 2006, the San Francisco Board of Supervisors approved an ordinance making marijuana offenses the police department’s lowest priority. However, public marijuana sales are not included in the policy.

Qualls Jones was found guilty of possession of less than 1 ounce of marijuana, an infraction, and fined $25.

“A tremendous amount of city resources were wasted in a manufactured case against a man who was minding his own business,” Adachi said. “San Franciscans have been very clear about marijuana enforcement and I am not surprised a jury rejected this case.”